Sleep Habits and You

By Sherri HinerDecember 12, 2021No Comments

Sleep Habits and You

Habits are both helpful and harmful. Everyone has that one habit they wished they could quit. Biting their nails, smoking, not getting enough sleep or other things that we can never seem to quite quit. But, did you know you can use your habits to your benefit?

Firstly, what are habits? Habits are like quick little shortcuts in our brain, things we do automatically with muscle memory so we can think about other things while doing them. For example, many people could say they can operate their coffee maker while half asleep! How can you turn on a coffee maker when you’re not even awake? Muscle memory and habit! Something we’re all a bit grateful for, I imagine.

Useful habits can extend to sleep! Sleep is one of the most key components of health and something that the vast majority of people in the world don’t get nearly enough of. In fact, almost half of all adults report that they get less than 7 hours of sleep a night, far below the recommended 8 to 9 hours a night. 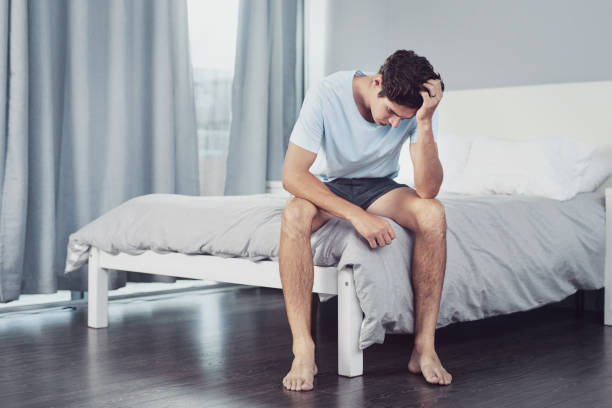 This can have a myriad of health issues, both in the present and later in life. While sleepless nights make you far more to make mistakes while doing everyday tasks like working or driving, long-term risks include things like obesity, diabetes, or even heart disease.

Why this happens hasn’t been confirmed, but theories include a variety of reasons, like your body seeking out excess food to replenish energy stores when sleep doesn’t cut it, or other hormonal issues. Whatever the reason why we know that adults who get 8 or more hours of sleep a night are far less likely to suffer from obesity.

So, how would we fix this? Many bad habits lead to subpar sleep or less sleep than we need.  We’ll discuss the two most common sleep habits, then how to fix them.

1. How many of us love getting a midnight snack? While snacks are fine to avoid sleeping while hungry, or hunger waking us up, it’s important to ensure that these stay snacks, rather than eating anything too heavy. Oddly, it takes energy to properly digest food, which can result in poor sleep quality. Not to mention the slight painfulness of being overly full that might keep you awake. When getting a snack, keep to small things, like some toast, a small sandwich, or a bit of fruit. Avoid anything too processed or heavy!

2. In this day and age, it’s near impossible to be separated from an electronic device for too long. However, this often extends to the bedroom. Studies show that screens right before bed don’t allow our circadian rhythm (what controls when we want to sleep and wake up), to properly function, making us awake at night and sleepy during the night! To avoid this, avoid screens about 45 minutes to an hour before bed!

How To Fix Poor Habits

In general, what drives us to habits is a need, or often called a ‘trigger’. Hunger will drive us to eat, and often, what’s nearest and most convenient isn’t exactly the healthiest.

Though it may be difficult, keep in mind it can take around 2 months to properly replace poor habits with new ones. However, once you’ve done that, you’ll do them automatically!

Most experts agree that the best way is to either eliminate the trigger altogether or find out what needs the habit is fulfilling, and find out what else will fulfill them without negative consequences. To avoid midnight snacks, either schedule your dinner later in the night, eat a bit more, or prepare healthier midnight snacks!

To avoid screens, substitute the time you’d spend on a screen with something else, preferably relaxing. Taking a bath, reading a book, drinking tea, or even spending time with a pet can all become cues for your body to relax and for you to get ready to sleep. During this, using dim or indirect lighting will let your body know to wind down.

In conclusion, never feel powerless about your habits. Will power is a muscle as anything else, and the more you exercise and use it, the stronger it will be. Failing is always okay, as long as you get up and try again. As you start to feel better and better thanks to your good habits, it’ll be easier and easier to keep to them as time passes. Stay tuned for tips, tricks, and body hacks to get the perfect night’s sleep!

Never forget, at Sherri’s Mattresses, it’s all about you!

“We are a family-owned (Portland mattress) store that focuses on finding the best mattress for you. The Portland community has kindly supported us since 1996, and we have enjoyed the incredible people that have walked through our doors as well as the stories that accompany them.”